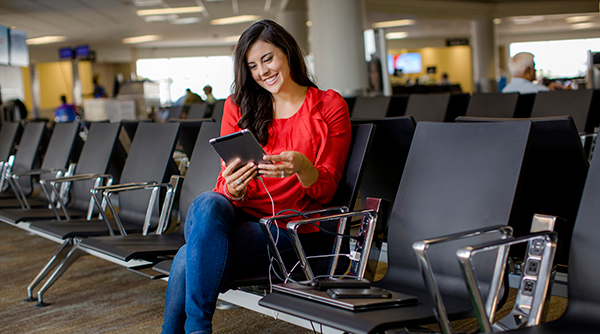 Relax and recharge with all new gate seating at Bill and Hillary Clinton National Airport.

According to airport technology consultants, Clinton National Airport is the first airport in the country to feature in-seat power at every gate.  Each seat has access to both 110 volt and 5 amp quick USB to allow passengers to easily recharge devices before boarding.  Also, enjoy extra space between seats for additional comfort.

The new seating is a part of $25 million of concourse improvements to improve comfort and convenience.

The state of Arkansas estimates that Clinton National makes a $1.2 billion economic impact each year. The airport is debt free, and uses no local, state or federal tax dollars for operations.