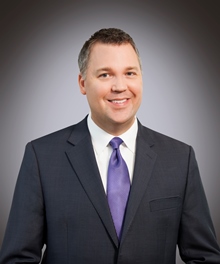 Shane Carter leads strategic communications and governmental affairs for Clinton National Airport.  With more than 25-years of experience as a professional communicator, Carter has responsibility for public, media and government relations, marketing and research. In addition, he serves as public information officer and spokesperson for Clinton National Airport and the Little Rock Municipal Airport Commission.

Prior to joining Little Rock National Airport in January 2012, Carter served as vice president of a healthcare system, where he had responsibility for public relations, marketing, governmental affairs, philanthropy, business development and retirement community development. He has also held positions as a news producer, reporter, anchor and certified meteorologist at Arkansas and Oklahoma television stations.

Carter has earned a Master of Healthcare Administration from Seton Hall University, a Bachelors of Science in Broadcast Journalism/Political Science from Arkansas State University and a Meteorology Certification from Mississippi State University as well as the American Meteorological Society and National Weather Association's Seals of Approval.

Carter is a certified member of the American Association of Airport Executives, Airports Council International, Public Relations Society of America and Little Rock Rotary Club 99.  He serves on the Little Rock Zoo Board of Governors and is an Honorary Commander of the Little Rock Air Force Base. Shane is a past board member of the University of Arkansas for Medical Science Consortium and Airports Council International Marketing and Communications Steering Committee. He is a graduate of Leadership Greater Little Rock.